At the beginning of 2014 I started to gather together a collection of songs for the new Groovy Uncle album and it already had a title. “Persuaded” will be our fourth release and once again I’ve tried to make it different from the others. This time the album has a bit of a “cinematic” feel to it as a few of the songs sound like they could be used as title music to a movie and there is a definite nod to John Barry in places (albeit modestly). The title track features both as an instrumental opener and a vocal version finale. One of the problems I encountered along the way was that I had a few songs lined up for Suzi Chunk which she turned down because she felt they didn’t suit her very distinctive vocal style. Although I was initially put out by this curveball, after stepping back to give it some consideration I realized that Suzi was totally right (she usually is!) and I certainly wouldn’t want her to sing anything she wasn’t one hundred per cent sold on. Trouble was I knew the songs were totally right for the album but they HAD to be sung by a female vocalist so the only solution was to find another singer to join us. But who? It had to be someone who was not only capable vocally but would also understand where we’re at and a singer who was in complete contrast to Suzi stylistically. Then I remembered Miss Modus…. 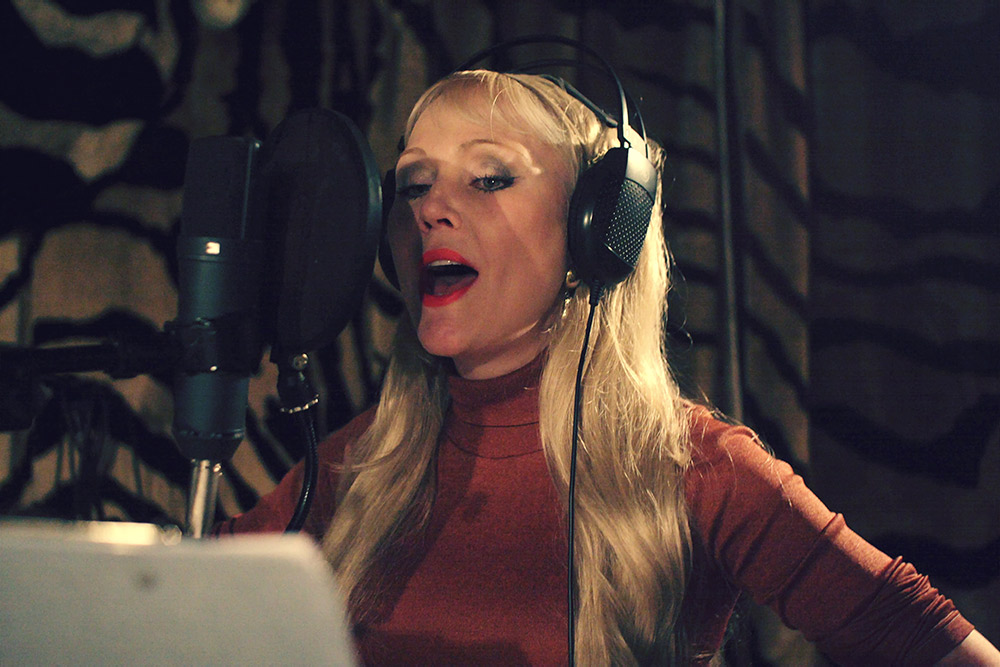 Back in 2011 Groovy Uncle made a rare live appearance at The Fiddler’s Elbow in Camden and headlining were the Scottish band Modus featuring Sarah Kennedy (aka Miss Modus) on lead vocals. She is striking both visually and vocally, has sung with a number of bands as well as writing original material and performs mainly these days with Dirty Harry and The Link Quartet. I contacted her, sent a couple of tunes and was delighted when she said she’d love to be involved in the making of the album. Miss Modus sings the title track as well as “Your Weight In Gold”, “I Wont Be Fooled By You” and  duets with me on “What’s Going On” and she has done a fantastic job on them. Recording sessions began early in the year at Ranscombe Studios, Rochester when we recorded the A-side to our forthcoming vinyl single “Barefoot In The Car Park” (out on State Records July 21st!). It’s a belter of a number and Suzi is on top form here. Bruce Brand plays lead guitar and drums on this track, Nick Rice on bass, John Littlefair and Paul Jordanous provide the horn section then me on rhythm guitar and backing vocals. It’s a cracking upbeat number for the summer! Suzi also takes lead vocals on “High Time”– a song that has already been covered a couple of times-and makes it her own. A brilliant version! I take lead vocals on a few tunes too and I’m particularly pleased with a track called “Should Have Been Mine” not least because it features a marvellous piece of harmonica playing courtesy of Jim Riley. There is still a bit of work to do on the album but it’s sounding great so far and we’ve achieved a lot.

@earthriseset My Dad died a few days ago. He was also a 'glass half full' person, always smiling. My Mum died 2 and a half years ago. God, how I miss them. Love to you x

Words cannot express how much I hate football songs.