Before State Records had even released the “Play Something We Know!” album in March 2011, I was already looking ahead and thinking about the follow-up Groovy Uncle record. I certainly had enough songs to choose from and was always writing new material. I wasn’t entirely sure what I wanted for the next LP but I was certain about one thing-I didn’t want it to be “more of the same”. Yes, the key elements (catchy, 3-minute songs with memorable hooks and choruses, interesting lyrics etc) would still be there but I wanted a different take on the songs. I liked the idea of bringing in some different instruments and musicians- a horn section, piano, flute and female backing singers would not only add to the sound and feel of the tunes themselves but would also tie in with the concept of GU as an ever changing multifaceted musical beast.

Maybe I could even find a female vocalist to sing lead on a couple of numbers!

I first became aware of Suzi Chunk (for it is she) in 2007 when I spotted her My Space page and heard that distinctive vocal style for the very first time- on the Omega66 track “Celebrity Burn Out”- in all its funking glory! The thing that immediately struck me about her voice was it’s honesty. It’s a good voice, a strong voice but most importantly to me it’s an honest voice with a rare tone that works well in all the varied musical genres she adopts. She has style and restraint and knows exactly what she’s doing. Suzi’s influences are steeped in funk and soul but she can rock too and her musical tastes are as wide as they are long. Frankly, anyone with the surname of Chunk who lists The Bonzo Dog Doo Dah Band as a major inspiration was always going to get my vote! Suzi’s experience as both a live performer and recording artist is quite impressive having worked with the likes of Monkjack, Tigertailz, The Hindenburgs (taking lead vocal on Led Zep covers!), the late, great Syd Kitchen, Dark Chunk (from where she adopted her name) and even the legendary and much missed John Martyn. In short, I was impressed. She ticked all the boxes so to speak. I could definitely hear that voice singing my songs.

Tomorrow may not be the day….

We became friends but I didn’t ask her straight away if she’d be interested in working with me. I’d leave that until later. Tomorrow perhaps. Or maybe next week. Plenty of time. Well… it took me four years actually. Suzi often revels in reminding me of this fact but I had a few considerations, y’see; I had no band and had yet to hook up with State Records therefore no recording projects were on the horizon and obviously live work was out of the  question too. Oh, then there was a certain geographical hurdle to consider-I live Kent, Suzi lives in Cardiff. And were my songs really her cup of tea? She’d never go for it, would she? When I did eventually broach the subject early in 2011, Suzi’s response was positive, typical and something along the lines of “I thought you’d never f****** ask!

Back of the net!!

The first couple of songs we demoed were “No Stone Unturned” (the GU version had already appeared on the album) and an unreleased ballad, “Big Screen”. The latter had been written around 2006 and was the tune that initially sparked the idea of finding a female vocalist. I’d always heard it as a “girl song” and that’s why it didn’t make it on to debut LP. I liked this track a lot but needed the right voice to interpret it in the right way and hearing Suzi’s demos for the first time underscored that I’d made a very wise choice indeed. It was a “shivers down the spine” moment. I needed another song for Suzi to record at her first State session so I set myself the task of writing something brand new rather than present her with “here’s one I made earlier”. I didn’t want her to feel as though she was being given my “cast offs”. So it was that the Gilberto/Getz, summer samba-inspired “Probably Normal” became my first bona fide, made-to measure song for Suzi Chunk.

Take another Chunk of psychedelic ….

It didn’t take long for us to realise, during that first recording session in the summer of 2011, that the new Groovy Uncle album was in fact going to be a Suzi Chunk record. I’d written the songs but she’d made them her own and I was more than happy to provide her with more material. At the time of writing this blog entry we are about to return to the studio to add the finishing touches to Suzi’s debut album “Girl From The Neck Down” which will see the light of day later in 2012. I’ll be talking about the making of the album and the songs themselves in more detail at a later date. Meanwhile we have a single recorded and set for release on April 30th! It’s all go, innit!

A couple of tracks featured on the album hark back to my musical past. “For The Millionth Time” was a tune I’d written for The Offbeats and “Look Back And Laugh”  hailed from my days with “garage legends” (or so I’m told) The Kravin’ A’s. It was at the end of the LBAL session that the State boys informed me they’d like to release Suzi’s version of this K A’s classic as a vinyl single. The original had appeared on the 1991 album “Krave On!”.  It’s a mover and a shaker, for sure. Unsitdownable if you will. It wasn’t always so. I wrote it originally with the blues in mind. I imagined a Howlin’ Wolf or a John Lee Hooker type thing. Slow and bluesy…ba, ba, ba, ba-BAM! After about 10 minutes I thought “Sod it. Write a pop song!” I always wanted to re- record it. Suzi’s version has soul to it and the harmonies are better on this version and yes it sounds like the A-side of a single. The only condition State hung on its release was that they wanted an exclusive, non- album B-side.  This didn’t present too much of a problem for me as there was another K A’s song from that album I’d always wanted to revisit- “Tripwire”. This was the very first song I ever wrote for the band using “Barefootin’” by Robert Parker as a point of reference. It turned out nothing like it of course but I knew I wanted something that would get people on the floor. But how does someone with two left feet come up with a dance tune? Something to fall over to – “Do the tripwire, baby, do the tripwire!” 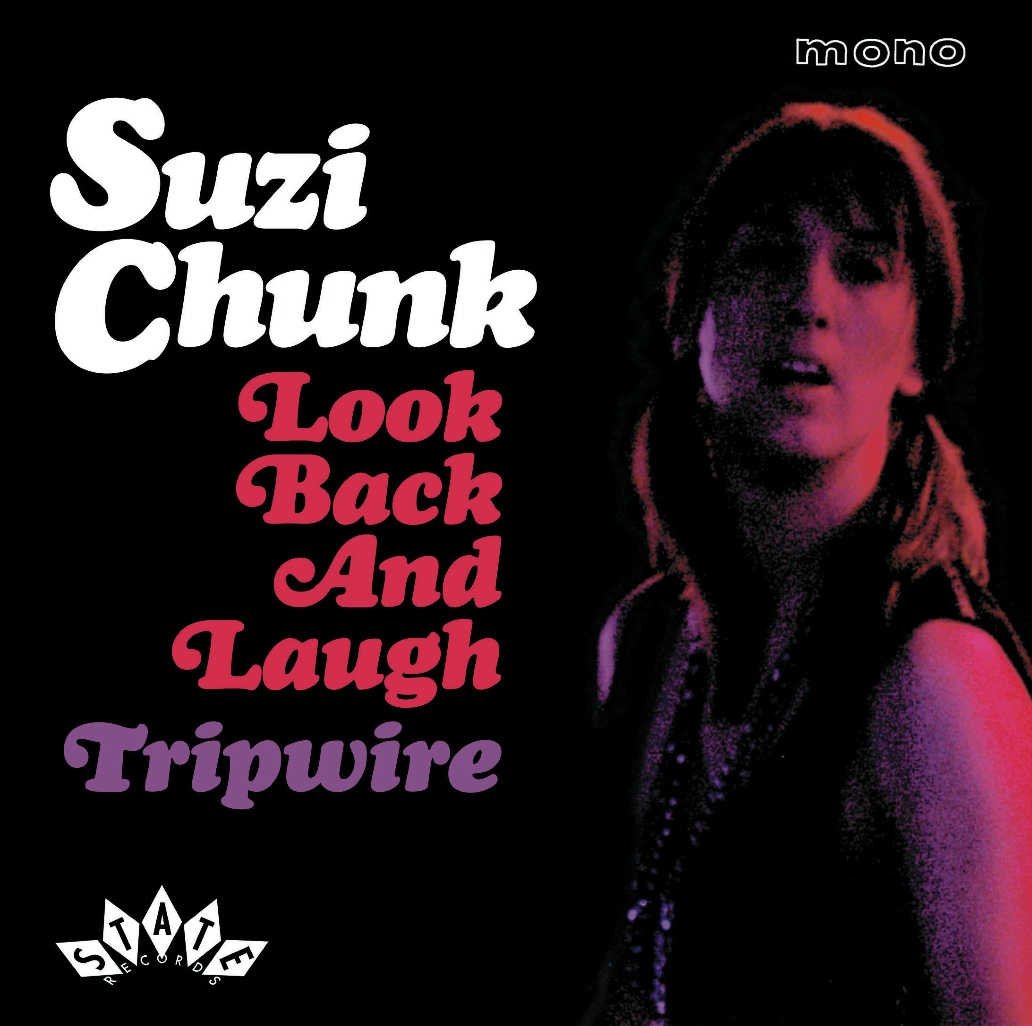 Thanks to Jason Charles Rogers and Chris”Krik”Young